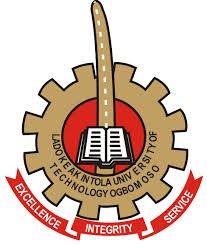 Ladoke Akintola University of Technology often referred to as LAUTECH IS a technical state university located in Ogbomosho, Oyo state. It is located in south western Nigeria. The university was founded in 1990 and has raised a lot of great graduates that have made positive impact in industry and entrepreneurship throughout Nigeria.

The university has no religious affiliation but is predominantly filled with students from the Yoruba ethnic group. People from this group could be Christians or Muslims so there is some level of student diversity in this university. LAUTECH school fees is quite affordable [n100,000 - n200,000] ince the bulk of the cost is borne by the state government. The university also offers bachelors and master�s degree programs across in Sciences, Social sciences, engineering, medicine and agriculture.

The university has a very large student and staff population. Admission in this university is extremely competitive as it admits students from different parts of the country. LAUTECH has well developed infrastructures such as hostels roads etc. Though a number of student live off campus in Ogbomosho Ibadan and environs.